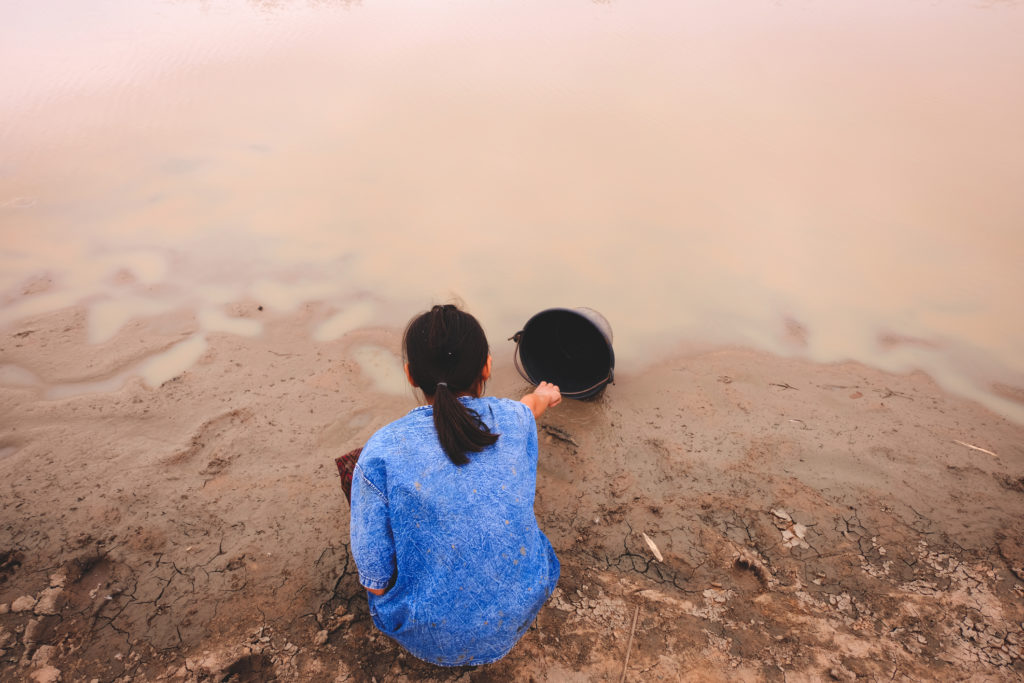 Equality and sustainability are two sides of the same story. The global economic system’s “business-as-usual” has had terrible consequences for our environment; as we use more and more of the earth’s resources with little care for what happens next. It has also led to huge inequality. It’s time to reimagine, and create, a different kind of world, with equality and sustainability at its heart. Where both resources and power are shared fairly.

Advocates around the globe are trying to convince world leaders that gender equality needs to be an integral part of fighting climate change. But some are still reluctant to even acknowledge the reality of either issue leading to an extreme lack of awareness to an under-served problem. Climate change is not a belief system, it is real, it is accelerating, and women, children, the elderly and the poor are among the most vulnerable, the same groups that are least represented in parliament. We can’t fix climate change without fixing gender equality.

“Climate change directly impacts the ability of women to achieve their own human rights and increases gender inequalities” – Eleanor Blomstrom, program director for the Women’s Environment and Development Organization.

Involving women in sustainability planning can often serve a dual purpose of improving a communities response to climate change and helping women improve their social status. Particularly in developing countries, social structures that disadvantage women often put them at higher risks of harm and even death from climate change. For example, because women are frequently responsible for caring for children and the elderly, they’re often the last to leave when a disaster strikes.

A 2007 study from the London School of Economics found that natural disasters — which are expected to become more severe as the world heats up — are more likely to kill women than men, and that this disparity is largest where women’s socioeconomic status is lowest. Women are also largely responsible for tasks that may become more difficult in a warmer world. In 63 percent of households in rural sub-Saharan Africa, for example, women must collect and carry the family’s water, according to a 2010 UN report. In only 11 percent of households does this job fall to men.

Climate change, deforestation, and desertification are leading to declining water supplies, the report found, and that means women, and in some cases young girls, might need to spend more time finding water — time that could otherwise be spent on education or earning an income.

“If you include women in planning and implementation, the output of your project will be more successful,” said Nisha Onta, a gender and climate change expert with the women’s rights organization WOCAN. “They’re the ones who are very much involved with agriculture, food security, water, energy. They’re the ones who are cutting trees and cooking at home.”

Quantaloop will be the platinum sponsor for the Girls in Tech Event 2019 – Hacking for Humanity in Vancouver for Woman Equality & Climate Change. For more info on this visit: https://vancouver.girlsintech.org/

Hacking for Humanity is a 2-day code-a-thon where developers, designers, scientists, students, entrepreneurs, educators, and mentors work together to build apps that solve social problems. We believe that when communities work together, they don’t just do good, they become a force for global change. As an organization founded on inclusivity and equality, we invite all women, men, and nonbinary, gender-fluid, genderqueer++ to participate and collaborate!

The hackathon is part of a global series by Girls in Tech that takes place throughout the year in various cities around the world. Each chapter partners with Non-Profit Organizations (NPOs) to solve social problems local to their community. Get hands-on experience, make friends, network, and be part of a global community – starting here in Vancouver!

HOW IS CLIMATE CHANGE AFFECTING WOMEN?

Why women need to be at the frontline of climate change action?