How Many Hashes Create One Bitcoin? 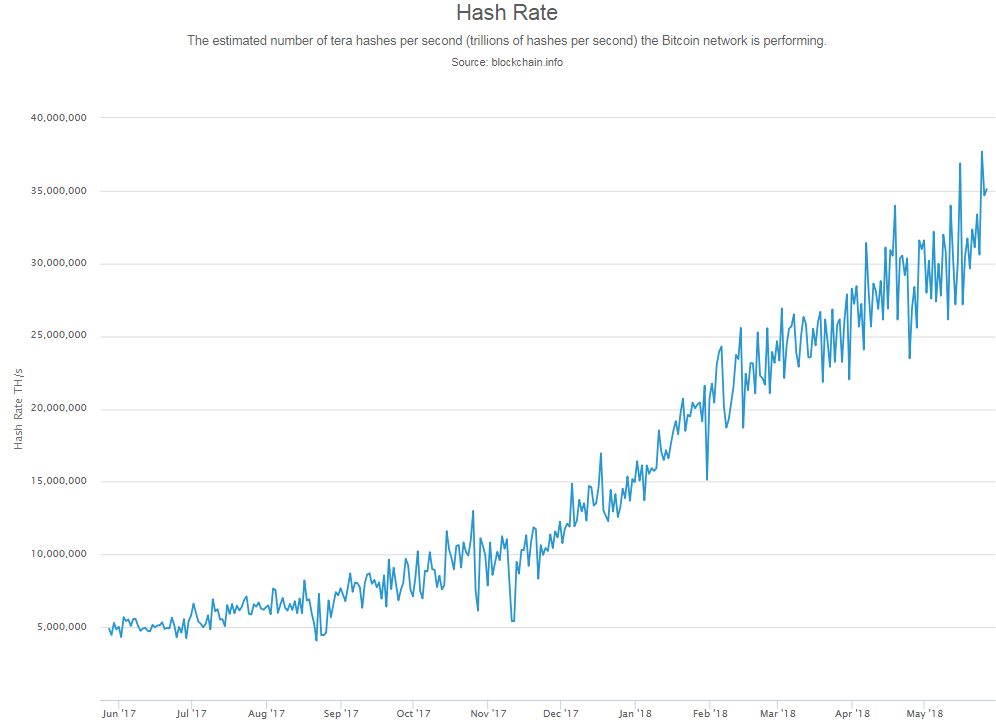 Out of curiosity, I wanted to see the length of time required to calculate one hash and how many hash operations are required to produce one Bitcoin? Upon some digging found some math that was put online in 2013… 5 years ago. Does this math change or is the algorithm always the same?  I will get one of our developers looking into this so stayed tuned.

So that’s a BIG NUMBER! So this lead me to wonder what is after 1 trillion… It takes 2.7 Quadrillion hashes calculated to generate a BTC. Whoa…

What is the approximate network hash rate to mine Bitcoin? Through research, new blocks are published every 10 minutes on average. There is no ‘required’ amount of hash power to mine a block. It is all a game of luck, a race against the rest of the network. To mine a valid block roughly once per hour, you would be mining a sixth of the total blocks (~6 blocks mined per hour), so in theory you would need around a sixth of the total hashpower on the bitcoin network. You can see the current network hash rate here: https://blockchain.info/charts/hash-rate which updates very frequently. At the time of this post, May 2018, that’s roughly 35,112,338 per second (million terahashes per second).

Some interesting FAQ’s around numbers in Mining Bitcoins

Ok, enough geeking out today! Got more questions? Connect with us on Instagram, we talk back. 🙂